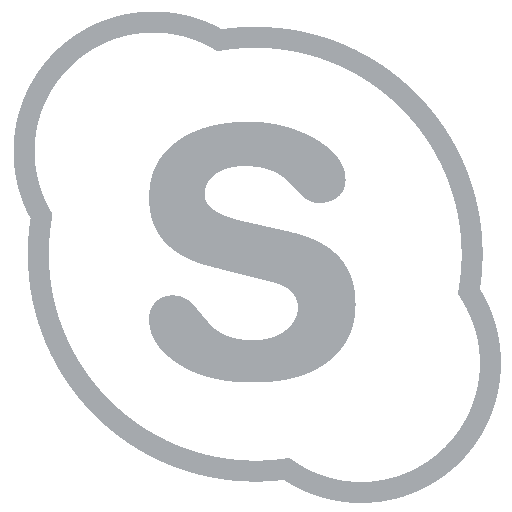 The minimum efficiency is the least of allowed ("threshold") values for any indicator of efficiency. When this value is not reached the indicator is considered as "failed".

The minimum efficiency is used to insure from situations when one of the indicators is literally "extended" due to another, preventing the general average mark to be correct.

Example 1. A new manager was employed in the sales department. His work was evaluated by two efficiency indicators: on "turnover" and on the "number of deals per month", which converged into a general efficiency. The standards values for each indicator: USD 27 000 for turnover and 12 deals per month, accordingly. Both indicators have the same significance (same weight).

Thus, the salary was calculated using the following formula:

The manager chronically struck not more than 4-5 deals per month, and his turnover was "extended" due to large Clients. His efficiency of turnover sometimes reached 110%.

Amazing but fact: in many companies, a manager who struck only 33% of the standard value of deals, gets these USD 754. Though any pupil at a school, who fulfilled only one-third of the task, would simply get a two and no-one would give him “even a part of the task completed, in general”.

Of course, if the manager would have struck an abnormally low amount of deals (for example, one or two), this would have immediately been noticed. But in a real business, the main losses are made by the employees whose weak work is not noticed – especially those whose efficiency is "average" (a work of 50% is already absurd, not speaking about one-third of it, right?). But ironically, such employees pass unnoticed and as a result in many companies are filled with well-paid poor workers. And poor managers try to get them "motivation".

We shall continue with the same analogy, if a pupil was absent for 5 classes out of 10 of Algebra and 1 out of 10 for Geometry, most probably his knowledge about these subjects is minimum but the "average presence value" (70%), if used as an evaluation criteria for anything, would be foolish.

And if a sales manager makes big deals with a pair or three Clients and "dynamites" the Company for the rest of the month – he is doing the same thing as this pupil.

The minimum efficiency insures from such an erroneous evaluation.

If one of the indicators does not reach the "threshold value", then the general efficiency is equal to:

Let’s introduce a minimum efficiency in our example. Let the “threshold value” for each indicator be equal to 85%.

Then the general efficiency

For each enterprise, the minimum efficiency has its level and is defined by the technology of work, but even for the most "rubbish" technology, it should not be less than 70%. In such a case where the employee does not reach the minimum efficiency systematically, it is recommended to make sure – are the standards too high. If they are not too high, it is better to fire the employee since the stalling at the company in some cases can be well felt.

But attention: if the threshold of the minimum efficiency is quite high (higher than 90%) and the punishment for that is quite severe(option 1), then the employee will have good reasons to invent different treacheries and shortcuts, as in example 2, described below or others, but do not show any ideas for the improvement of results.

That is why, using a combination of a high threshold for minimum efficiency (higher than 90%) and a limited option 1 is not recommended. Yes, it is not logical when the "threshold" is equal to, or almost equal to, the task.

Example 2. In a company dealing in equipment in the segment B2B, managers of sales set a relatively high basic part of the salary but also a high minimum efficiency – at the level of 100% So losing the reward was easy (when the threshold is not reached, premium part is not paid).

The thought of the management was as follows: "We require much, but we pay well".

As a result, when the employees understood that they do not reach the plan by literally a few percentages – they called the Clients and asked them to make payment not in the current month but for the next one. Thus for the current month, they were satisfied with the constant part of the salary (since as told before, it was not small) and all the deals were delayed in order for the reward in the next month to be guaranteed even for a low number of deals.

Let’s now tackle a more difficult example, when the task occurs on another system level.

Example 3. The Supervisor of a trading chain is responsible for the work of many shops.

The total efficiency of the whole chain is calculated considering the indicators of general efficiency of each trading spot (which calculates: the revenue of the shop, the turnover of the products, the qualitative and net price of non-liquids/ grading/ expired products etc.).

As a whole, the supervisor of the chain had a good result. But this was due to the best shops. Some shops were simply unprofitable; however the supervisor did not work on their development or their closure. What to do?

We set up a minimum efficiency. Here also, we have 2 options:

Option 2 dictates us the rule: if one of the shops (for the general indicator) does not reach the minimum threshold, then the general efficiency of the supervisor of the chain is to be equated to this (low) value.

Option 3 a little more "liberal" than Option 2. It takes into account the probability that getting an improvement in the existing matters of the shop might require many months of work. That is until the reorganization is not made, its efficiency (in the current state), actually, cannot reach the target standard values.

It occurred that there is a risk that the supervisor of the trading chain (after seeing that some shop does not reach the minimum efficiency, and the duration to "make it see reason" is long) will stop working for a result as a whole, and will stop controlling the efficiency of the work of other shops. Since his total efficiency will be equal to that of the worst shop in the chain anyway.

Option 3 gives an opportunity to avoid such demotivation. The total efficiency of Option 3 considers both the "general" and the "worst" efficiencies and is calculated the following way:

For example, the shop consists of 5 shops.

They are all equal in significance (i.e. the "weight" of each is equal to 20%), and the efficiencies for the current month are as follows:

3. Now we calculate the total efficiency (considering the general and the worst efficiencies).

Obviously if no shop "failed", we could have limited section 1.


Example 4. As compared to the situation described in example 2, the variable part of the salary of a manager responsible for sales in another company, also working in the segment B2B, was much higher than the constant part, and it was dependent on two indicators:

For example, it is defined that:

What will happen if during an accounting month, the manager reaches the minimum efficiency for any of the indicators which affects the variable part of the salary (Which let me remind you, is much higher than the constant part of the salary)?

Let’s suppose that the value of the minimum efficiency is - 85%.

Suppose that for a specific month:

Let’s consider all three of our Options:

In this case, we can easily choose Option 3.

By the way, Option 4 also exists for unequal values:

For the case described in the example 4, it means that the General efficiency will make up 99%. However, if the apportionment was inversed:

Then the General efficiency would be 70%.

Based on that account, we shall make a tabulated summary for choosing the Option to define general efficiency when the minimum efficiency is set up.

We hope that this material did not seem too hard for You. It can completely be fitted into a simple table:

Articles and discussions on links provided below, develop the topic.